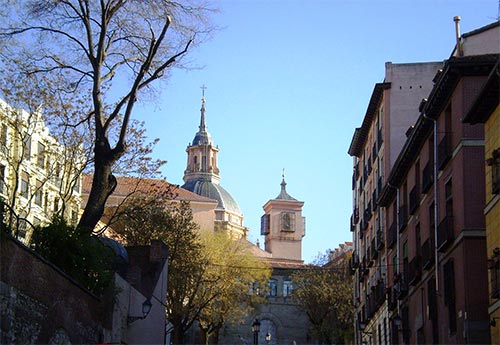 The Plaza de la Paja (Stalk Square) is located in the center of Madrid, in the so known Madrid of the Asturias and the Castilian neighborhood La Latina. This square was the center of city in the Middle Ages. During the XII and XIV centuries it was the commercial hub of Madrid. Then, after the XV century, the king Juan II de Castilla decided to build the Plaza Arrabal –nowadays the Plaza Mayor– and so the commercial activity transferred from the Plaza de la Paja.

The square is built on an irregular terrain and it is surrounded by three historical monuments: the first one is the Capilla del Obispo built between 1520 and 1535. It has a plateresque façade following gothic and renaissance styles. Additionally, there is the Palacio de los Vargas, which was also built in the XVI century. Finally, at the North of the square, there is the Jardín del Príncipe de Anglona, one of the few gardens of the XVIII century.

Since it is a public place, there are no specific opening hours.

Madrid of the Austrias