Skip to content (Press Enter)
Home>Around Madrid‎>Are you ready for Bullfighting in Madrid?

The last guide for tourists about the “Fiesta Brava”.

Bullfighting in Madrid is the emblematic activity of the city. If you have in your travel itinerary for Madrid that notes about going to the bullfights you share with us the curiosity and love for the spectacle. Also, our first time at a bullfight was exciting and, why not, a little weird.

We would have liked to go more informed. That’s why we decided to prepare this guide for tourists about the “fiesta brava” so that, if it’s your first time at a bullfight, you can enjoy it without complications and also discover how the bullfighting shows will work post-pandemic.

The “fiesta brava” is a big event for the city of Madrid. Lovers and detractors of bullfighting know how and when it will happen. Although not all Madrilenians go to the spectacle, anyone will be able to tell you about this tradition. Start by asking the locals about bullfighting. It will always be a good conversation topic in Madrid, have it up to your sleeve.

But if you prefer to have the experience without anyone telling you about it, we will not discover the magic.

Who will you meet at bullfighting in Madrid

10% of the people who go to a bullfight are Spanish. The vast majority are tourists like you. So you have two possibilities: Be on the lookout to see if any compatriots are nearby in line to talk about the news from your country, or sit near a group of boisterous Madrileños who know and enjoy the tradition as God intended. And Ole! Maybe you can recognize them by the way they dressed.

How to dress for a bullfight?

Although, as a tourist, you have the license to go with your most comfortable outfit, you should know the etiquette to go to see the bullfights.

There is a guide, not written in stone, but they are trendy. Ladies can consider some premises such as simplicity and elegance to attend the Maestranza.

Among Spanish women, it is customary to wear two-piece tailor suits. Polka dot and floral prints are frequently. Plain pants with blouses, board skirts, or midi skirts. Skirts can be one color or with polka dots or flowers combined with white blouses. Spanish women dress elegant but comfortable for these occasions, so they usually wear dresses below the knee.

As for shoes, they should not be excessively high. Family jewels, earrings, necklaces, etc., are usually displayed during these celebrations.

Gentlemen, for their part, usually wear a gray or navy blue suit, white shirts, or striped shirts. Leather belts and braided, patterned ‘or moccasin-type shoes are essential. Socks are usually with color, but not excessive.

If you wear jeans, combine them with white shirts, jackets, and handkerchiefs.

What else to bring to bullfighting in Madrid?

Fan, sunglasses, and hat are accessories that should not be missing in an event like this.

How long does a bullfight last?

Depending on the tricks performed in the bullfight, it can last from an hour and a half to two and a half hours or longer. The time of the bullfight is divided into three parts. Each part lasts twenty minutes. Once it has started, you can only enter the bullring between the bull’s breaks. The times are in order:

What happens during a bullfight?

The stage is a “Plaza”. It have an area of Ruedo, “Zonas de Sol y Sombra”, “Barreras”, “Burladeros”, gates, audience seating, white circles, and alleys.

In this scenario, you will distinguish different actors when you become a fan. However, the protagonist is the Torero or Diestro. He wears a suit of lights, so-called because of the sequins that cover him. The costume is made of silk and covered in gold for Diestros and silver for subalterns.

The bullfighter is the protagonist of the Faena together with the animal. They turn a battle into art. A precise ritual takes place that has its language, full of nuances and variables. No bullfight is the same as the previous one.

The activity takes place in three stages. The brave bull comes out, the “rejoneadores” act to control its impetus with sticks.

The battle between the bullfighter’s knowing and the strength of the bull is exciting to indescribable levels. To explain it would be to rob it of its magic. In the period of the fight, attempts and feats occur on both sides that you will only understand when you are inside the arena.

For the final thrust, the bullfighter counts on the “puya.” This instrument seeks to considerably reduce the animal’s strength, force it to humiliate its head, and allow the “matador” to simulate his bravery with elegance. It is a polite instrument. A “puya” does her job in a hidden and silent way, but with total efficiency. The “puntillero” culminates the sacrifice with a “puntilla.” When the bull leaves the arena, it receives a standing ovation and is sent off with handkerchiefs. Then the “areneros” are in charge of cleaning and tidying up the bullring, take over.

Who can go to a bullfight?

The whole family can go, depending on their tastes and interests. Minors can go to bullfights in almost all of Spain. The current legislation, whether state or regional, does not establish age limits. The family needs to discuss the presence of children at these events.

Undoubtedly, there has always been controversy linked to the bullfighting world. Some consider and qualify the “national celebration” as “part of the culture” and argue that denying these spaces to children is simply unconscionable. On the other hand, there are people in favor of animal protection. They argue it is a spectacle that can provoke aggressive behavior in children.

According to your travel date, you should check which days will be the shows. If you do not want to miss the best ones, check the following Calendar of recommended bullfights in Madrid.

It is the second-largest bullring in the world. You need to know it. Moreover, it is the only place where the best bullfighters perform. To be worthy of their spectacle, you have to visit the most important bullring in Madrid, the monumental Plaza de Las Ventas.

Changes in bullfighting as a result of the pandemic

As in all areas of the new normal, bullfighting has changed slightly following the appearance of Covid-19. Bullfighting has returned to Madrid after almost two years of stoppage, but with some restrictions. To guarantee biosecurity during the bullfights, the regulations designed by the authorities include the following aspects:

Other details that will be useful in Bullfighting in Madrid

You will look like a real amateur if you say “biennnnnn” with the “n” at the end of the “faena” or “tercio”. Control the tone of your voice and if you have doubts about how to pronounce it, keeping quiet will also be good.

Try to pay attention to the bullfight and enjoy it. Generally, a bullfight is a spectacle of few words.

Do not distract the bullfighter. Neither photos nor whistles are appropriate if the man is with an animal bigger than a hut in front of him. If the bullfight is good, the band plays and the celebration begins. The handkerchief is taken out to ask for ears and a pardon for the bull.

Can I learn bullfighting in Madrid?

Yes, there are schools dedicated to the teaching of bullfighting. Not only as a bullfight itself but also for everything that surrounds and encompasses it culturally.

An example of this can be wanting to know about the breeding of bulls since they are born. You can know techniques of design and manufacture of the bullfighters’ clothing, as well as the design of posters and other artistic manifestations associated with the spectacle and culture of bullfighting.

Great masters of bullfighting have gone through various schools to achieve fame and prestige in their lives, where they receive lessons of dedication.

By the end of this year, 18 bullfights will be held in Madrid and its surroundings in small towns. There are prepared animals, endowed with bravery and nobility. Bulls that have lived a life of luxury and are ready to offer the spectacle.

For the bullfighters, the return to the bullring is also the event of their lives. After long months away from the arena, the most prominent bullfighters from all over Spain are waiting for you to discover this art show as special as controversial. 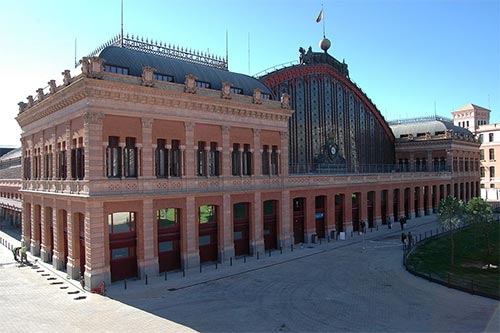