In your list of Madrid places of interest, you should add the most famous monuments and museums, of course. For instance, the Royal Palace, the Prado Museum or the Santiago Bernabeu stadium. Then, if you have enough time, you will also enjoy some museums that seem to be hidden because few tourists know they exist. In this article we will introduce you to some of them and the reasons you will want to visit them.

Madrid’s History Museum: history and models of the city

Madrid’s History Museum (Tribunal Metro Station, Lines 1 and 10) is one of the places to go in Madrid for anyone who loves history. Dating back to the 18th century, named Real Hospicio de San Fernando, it is one of the oldest hospitals in the city, and worth noting for its historical relevance alone. The features of the building are the typical in this region. They are a red-and-grey schemata of colors thanks to the materials used in the construction, which are  bricks and granite, although in this case the external walls are covered with red painting.

The thing that stands out above all is the main gate. Technique so beautiful that it deserves its own display in a museum, the decoration is so rich it appears as a real sculpture. Designed by Pedro de Ribera in a a “churriguueresco” style typical of Spanish Baroque, it’s entire creation (building, statues and relief) is breathtaking.

Not for a lack of interest, however, being closed to the public for many years, this museum isn’t as well known. It has had a complete makeover, from the gardens to the internal rooms, from its hall to its facade. It’s still being adapted for future exhibitions, which will show the history of the city from many points of view.

Even if most of the rooms are currently empty, there are two permanent pieces that will amaze those who are interested in history Two exquisite models that represent very finely how the old town of Madrid was in the past. One of these models shows how the city is believed to be in 16th century, soon after becoming the capital of the Spanish Empire. The other model takes us to 1830, when Madrid had already defeated the French troops of Napoleon and struggled to become a modern European metropoli. The Texeira map, dated 1656, is also another piece of interest, as it is the oldest map of the city remaining today.

Other Madrid places of interest if you like history

Madrid’s History Museum isn’t the only suggestion if you are a history aficionado. There are other places to go in Madrid to discover how this region was in the past. The Archaeological Museum is one example. However, it is currently under construction for restoration and quite large, we will focus on the details of this at another time. At this is the case, we will move on to suggest a stp at the Museum of the Origins, also knows as San Isidro’s Museum.

This humble museum (La Latina Metro Station, Line 5) is located in the heart of Medieval Madrid, which is also a lively night area. Unlike Madrid’s History Museum, this gallery focuses on the ancient period, from Prehistory to the first centuries after the foundation of city.

It stands out because it has a lot to do with Isidore the Laborer, the patron of Madrid. This poor peasant lived here working for the Vargas family and it is here where he made one of his most famous miracles, the miracle of the well. According to the legend, his son fell into the well of the courtyard. As it was too deep and he couldn’t get out, Isidore filled the well until the water had risen enough to rescue the boy. Along with the Renaissance courtyard of the renovated house, this well can still be seen today.

Beyond the temporary and permanent exhibitions that tell us about Roman mosaics, fossils and ancient objects, this museum also has an interesting chapel with paintings dating back to the 18th century, all of which are dedicated to Isidore the Laborer.

You can see, a list made up of Madrid places of interest can be filled with many museums, even apart from the famous ones.  There are other places of culture here in Madrid that can also pique your interest such as: the Museum of Romanticism, the Archaeological Museum, the Sorolla Museum, the Lazaro Galdiano Museum and the Cerralbo Museum. All of these will be described in detail in future articles. Come back often to add to your travel log for Madrid! 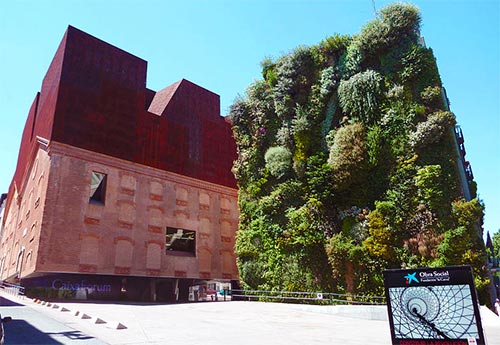 Other Museums in Madrid