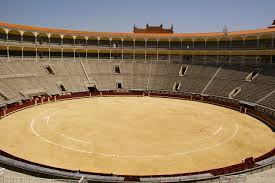 If you are interested in bullfighting in Madrid, there’s one place that you must visit–Las Ventas bullring. This is the stadium where the main corridas of the city take place and toreros from the whole world perform at their best. In this article you will discover what the history of this building is and what to do in Madrid to attend a bullfight there.

Las Ventas bullring is a wonderful building located in eastern Madrid. At 237 Alcalá Street, it is one of the longest and most popular avenues in the city. The best way to get there is by Metro, as there is a station right at the foot of the bullring (Ventas–Lines 2 and 5). You can also take several bus lines (12, 21, 53, 106, 110, 146 and 210). The urban highway of Madrid is also really close to this special stadium, so it is easy to get to it by car or by taxi. As with any sport, there are seasons in which they occur. If you miss your opportunity in any one season you will have to wait until the next year to buy tickets to attend to a corrida in Las Ventas. The season begins in spring, approximately in late March, but the schedule is full of bullfights in May and June, when San Isidro Fair is on stage. Many corridas are also available for the public in summer and autumn, but the season finishes in mid-October.

Las Ventas bullring has been the main place for bullfighting in Madrid since 1931. Until that year, the capital of Spain had several bullrings to organize bullfights, most of them around Alcalá Street. None of them however, were as big and modern as the public demanded. So the Government of the Region decided to build a new bullring in one of the poorest boroughs in the city, the Las Ventas del Espíritu Santo borough. In fact, the surroundings of the Las Ventas bullring required a huge effort to condition and improve the access and safety of it. Las Ventas bullring achieved an important objective: It made bullfighting more popular and economic for the public of Madrid. This happened during a period of 20th century in which there was no TV and the only way to enjoy the corridas was attending to the stadium.

The Las Ventas bullring stands out because of its wonderful architecture, which amazes everyone that visits. This building was designed by the Spanish architect José Espeliú in an artistic style called ‘Neo-Mudéjar’. A new version of this Medieval style, developed exclusively in Spain thanks to the Muslim people who worked in the Catholic regions of the Iberian Peninsula. The Muslim features that can be seen in Las Ventas bullring are: horseshoe arches, lobed arches and decorative compositions made by bricks. The main material of this buidling is in fact, brick. It is also the main material in Mudejar churches and gives the complex an original red tone look. Mixed with other colors like blue, white and green, these tiles are visible all around the walls. And as you can see, the Las Ventas is round-shaped, ensuring that any single seat out of the 23,738 capacity is a great view. This makes it the perfect place to see bullfighting in Madrid. 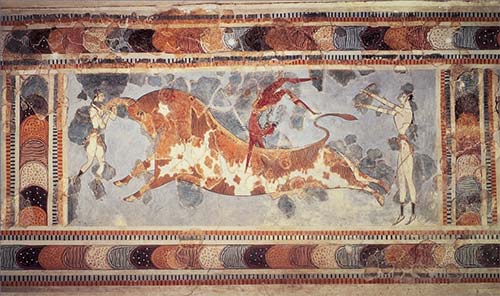