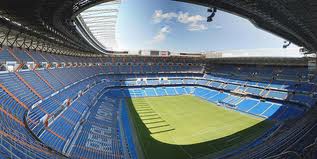 Many tourists that visit the capital of Spain are clear about what to do in Madrid. This article will explain why, as a visitor of Real Madrid stadium it’s one of the main Madrid attractions.

First of all, it’s important to know that there are two ways of visiting the Real Madrid stadium. One of them is the Bernabeu Tour.  This is an interesting route that takes you to the grass, the benches, the dressing rooms and the museum.  This is where the club, Champions League, and nine time winner has won and stays together. The other option of visiting the stadium is to buy tickets to attend a match.  This way you enjoy not only the atmosphere but also the spectacle of excitement of the players that comes with each date. The Santiago Bernabeu is located in northern Madrid, in Paseo de la Castellana, a long avenue that crosses the city from south to north. Public transportation is an easy option to get to the stadium. Metro station is right in front, (Santiago Bernabeu-Line 10) and there is also a train station that only a walking distance of five minutes (Nuevos Ministerios). There are several bus lines that also pass by this part of Paseo de la Castellana as well.

History of the Real Madrid stadium

The Real Madrid stadium was inaugurated in 1947, in a match between Real Madrid and the Portuguese club Os Belenenses. Before that, Real Madrid had many football fields and little stadiums, but as this sport gained momentum with its popularity and fan base, the main club  needed a new place to host all of the supporters it had. This stadium was initially called New Chamartin, because it is located in Chamartin borough. The adjective ‘new’ was put in to distinguish it from the old one, which used to stand up in an adjacent ground. The current name was given in 1955, in honour to the best president in Real Madrid history/ He led the club to win six European Cups, with five of those back to back. The club has made many enlargements, but the most important one finished in the early 80s. The Santiago Bernabeu stadium had to host the final of Spain’s World Cup 1982, so the improvements were so modern that it then became one of the main Madrid attractions. The entire perimeter was roofed and two new video scoreboards were installed. Then, in the early 90s, new stands were added on the top, as well as four towers to get into them.

The Santiago Bernabeu in the future

The Santiago Bernabeu stadium was in the newspaper recently.The club is pushing for a new enlargement in order to make it one of the most modern stadiums in the world. Some of the improvements that they want to do are: covering the whole stadium with a movable roof, remove the current commercial centre located in one of the external corners and set a green area, and erect a new commercial centre with a         luxury hotel in the facade of Paseo de la Castellana. In order to achieve the needed financing, Real Madrid wants the stadium to be sponsored. This will add the name of a big company to the one that includes Santiago Bernabeu. It looks as though Mircosoft is the frontrunner in becoming the official sponsor. When the new Santiago Bernabeu is ready, it will be a wonderful stadium. But  even now, it is a Madrid attraction that anyone visiting the city shouldn’t miss. 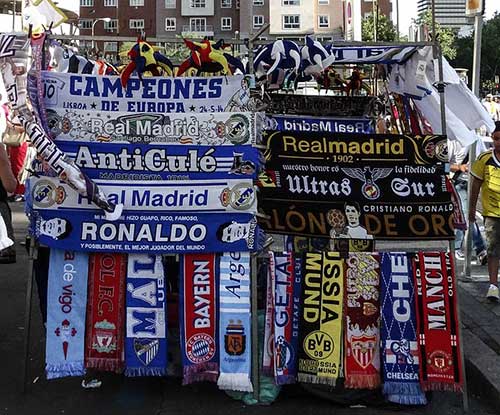