Skip to content (Press Enter)
Home>Madrid Football and Soccer>The Mutua Open, the only Master 1000 in Spain 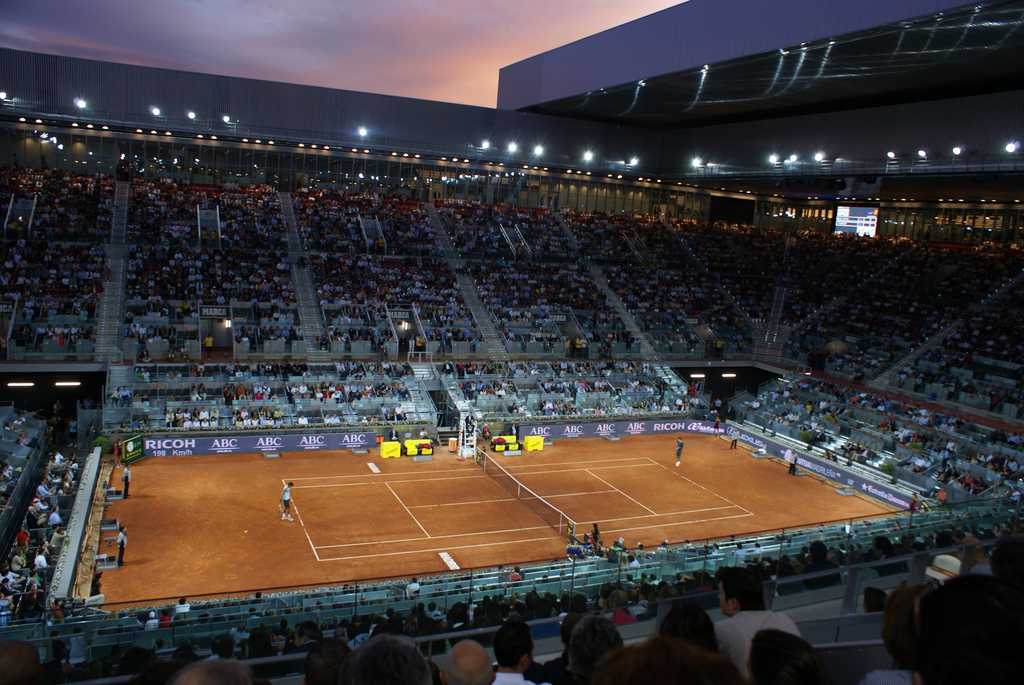 Clearly, among all the things to in Madrid, tennis fans will choose to attend the Mutua Madrid Open. This tournament is the most important of Spain because it is the only Master 1000 that is held in this country. Its amazing stadium and top quality of the players taking part of it are enough of a reason to buy a ticket and watch a match..

Second only to Roland Garros in Paris, this tournament is one of the most important ones in the city and the players come to WIN!  Rafael Nadal won the 2013 male’s edition and Serena Williams, the female one. Other remarkable champions are Roger Federer, Andre Agassi, Novak Djokovic, Andy Murray and Dinara Safina. In this edition, the public is also eager to watch other players like David Ferrer, Stanislas Wawrinka and Na Li.

The Mutua Madrid Open takes place in the first half of May. In 2014, it will begin on May 2nd and will finish on May 11th. For players, it is a very interesting tournament because they think of it as good training for Roland Garros. For visitors, it is a very good chance to visit Madrid, as May is one of the best months to walk around the city because the weather is mild and sunny.

One of the first things to do in Madrid Mutua Open is to enjoy the stadium. The building is called Caja Magica (Magic Box) because it shows a square-shaped form whose roof is movable. They can close or open the stadium based on the weather. Its cover is made of aluminum and steel, which gives the complex a bright grey colour. The architect Dominique Perrault, projected it and the whole stadium was inaugurated in 2009. It has three courts for competitions and dozens for training.

If you have time, you can also have a walk around Manzanares Park, which is a green area located close to the Caja Magica. This park spreads along the Manzanares River and has two small hills which offer nice views from their peaks. On the top of one, it stands the Manzanares Dame. This is a sculpture representing the head of a lady, who seems to be daydreaming. It was inspired by the artist Manolo Valdés.

Probably, the plan that suggests the most interesting things to do in Madrid Mutua Open is the Tennistainment. This is the name of a festival of concerts and other leisure plans organized directly by the tournament. Clearly, it is a good chance to discover young bands. In this edition, the invited groups are UDKM, Sext Zebras, Pignoise, Superluna and Mirrors. All the concerts are held at 7.30PM.

The Caja Mágica stadium is located in the south of the city. The best way to get there is by Metro, take the Line 3 and get off at San Fermin-Orcasur. The City Council sets special bus services from Legazpi Square during the days of the tournament.