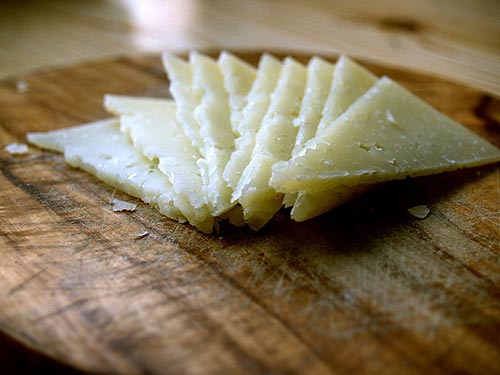 Despite the fact that Iberico Ham exist, there is not Iberico cheese. There are around 26 different types –denominations of origin (D.O)- of cheese in Spain, none of them responds to the name Iberico. Besides, this impressive number of unique cheeses, there are hundreds of chesses produce in Spain that haven’t being recognize with a D.O. since their production is too little and mainly artisanal.

There are many types of Spanish cheeses made out of cow, sheep or goat milk. They can be also fresh, mild and cured, made from raw or pasteurized milk, blue, creamy, soft or strong… even with different flavor added. Besides all this, cheese and ham are the locals’ favorite and most demanded tapas. is a whole world of cheese for you in Spain, just come here and enjoy them.

The most popular of the Spanish cheese is Manchego. This cheese is made from sheep’s milk, a specific breed –oveja manchega– reared in the area of La Mancha, specifically in Toledo, Albacete, Ciudad Real y Cuenca. The cheese is named after the region where it is produced. It has a slightly spicy, sour, salty and creamy flavor. It is produce in cylindrical pieces of 3.30 pounds each one, and it is cured for at least six month up to two years.

This artisan cheese made from raw cow’s milk. The cheese is name after the capital of Menorca –the second largest island of the Balearic Archipelago. It is made on the island with cow milk curd at low temperature, is salted in brine and cured according to the customs of the island. It is square in shape and weights between 4.40 and 8.8 pounds. It provides a strong smell, with a salty, spicy finish with a tender texture.

Produced in Navarra and Guipuzcoa, the best cheeses from this D.O. are identified by their black label. It is a sheep’s milk cheese from a particular breed called latxa, which only breeds in this area. The cheese is produced in cylindrical pieces between 2.20 and 3.30 pounds each one. Its maturation takes between 4 and 8 months, surprisingly short period due to its strong flavor, slightly spicy and sour. The texture is creamy and is usually taken with quince and nuts for dessert.

Cabrales is the Spanish Roquefort or Blue cheese. It is a mixed cheese, carries cow, goat and sheep milk. Cabrales cheese is typical of Asturias, specifically the villages on the slopes of the Picos de Europa. Its maturation is short, from 3 to 5 months. Its strong aroma and flavor are due to the caves where the maturation process takes places. This cheese is produce into small pieces of 3.3 pounds regularly. Experts say its penetrating aroma, creamy texture and strong flavor with spicy touches, make it the best blue cheese in Europe. 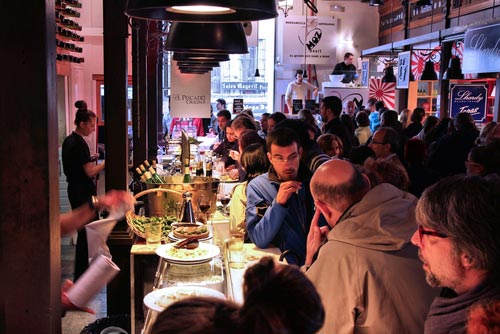 Madrid Tapas: what, where and when 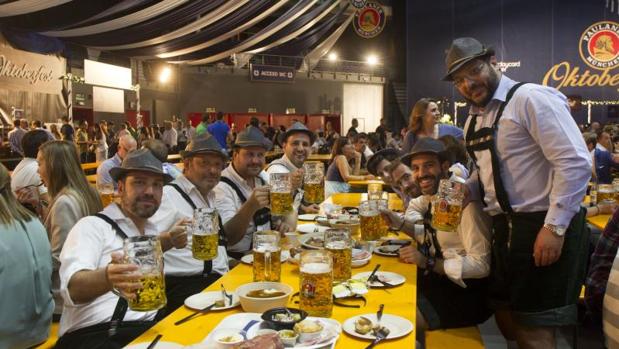