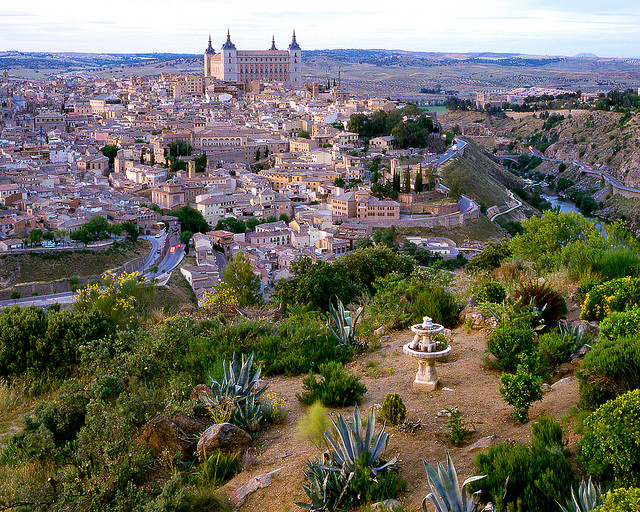 There are certainly many things to do in Toledo for a day, as this city is one of the most beautiful in Spain. A long history provides an interesting place to discover and allowed it to be declared Unesco’s World Heritage Site. In this article we will  explain to you some of the main Toledo attractions so that you can organize your visit to include this great area.

The first building that has an eagle eye viewpoint for the city is the Alcazar,  an old castle that was built over different periods. On the grounds where a former Roman Palace ( official residence of Visigoth Kings) and a Muslim castle ( during the Arab occupation of the Pennisula) the castle we see today is a result of construction during the 16th century and restoration during the 18th century after it was damaged by a fire. The old Alcazar of Madrid, whose design is no longer apparent, was created in a similar style that was made up of bricks and stronger stones, along with four towers, slate tiles and pinnacles. Pay close attention to the different facades as they each have their own design.

The Cathedral is another one of the Toledo attractions that you cannot miss on your tour. It is one of the best Gothic cathedrals in Spain,  a symbol of the power the Church had in this city. It was the biggest center of religious power in the Peninsula during the Middle Ages and the Modern Era. Its construction lasted several centuries, from the 13th to the 15th, and it stands out thanks to the tower. Its Gothic arches and the richness of its internal parts, especially its altarpiece, are very good examples of the latest Gothic style.

Things to do in Toledo for a day: discovering El Greco

If you like culture and art, you have many things to do in Toledo for a day. This city is tightly related to Domenikos Theotokopoulos, best known as El Greco, who had his home here. This painter is considered to be one of the most important in the Renaissance period and his particular style anticipated the Mannerism and the modern Expressionism, even if he wasn’t very much appreciated in his own time. In 2014, Toledo and Spain commemorate the 400th anniversary of his death, and there’s no better way to do it than visiting his works in the city. The spot where the painter shows his pure style of stretched figures, vertical composiitons and vaporous atmospheres can be seen at the Burial of the Count of Orgaz, that is located inside the little church of Santo Tome. Apart from it, another of Toledo attractions related to him is El Greco Museum, in the Jewish borough of the city. There, you can see other religious paintings and a personal landscape of Toledo.

This city is also a perfect place to discover a landrace architectonic style, the Mudejar. This style, which cannot be found in any other country, is a mix of Christian and Muslim cultures. The buildings and their distribution are Christian but the decoration is Arab, as it was develop when the country was re-conquered by the Christian troops in the Middle Ages, letting the Muslim people stay in the Spanish territory. Bricks, exotic arches and colourful interiors are some of the main features. The best example is Santa Maria la Blanca, but there are other interesting churches such as the Cristo de la Luz and the Sinagoga del Transito.

Toledo is located in a very specific space, on top of a little hill surrounded by the meandering of the Tagus River. That’s why there are many spectacular views from the surroundings. We recommend that you visit the Parador Nacional, a luxury hotel located on the opposite shore of the river. Even if you don’t want to stay for a night, you can have a nice drink on its terrace. The view from there will astonish you. If you get to the top of the cathedral’s tower, you will also enjoy a nice landscaped view around you as well.

Finally, our last suggestion about things to do in Toledo for a day is discovering the hidden backyards of the local buildings. A great example is in the festivities of Corpus Christi, which usually take place in late June. Popular, humble, quiet,  and flowery are great ways to describe the features of these backyards.  They are a nice surprise for visitors who aren’t always aware of the peaceful atmosphere that can be found behind the scenes. As you can see, Toledo is one of the best attractions to include in your trip. 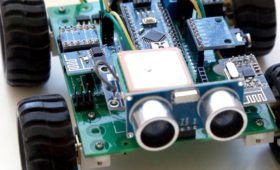 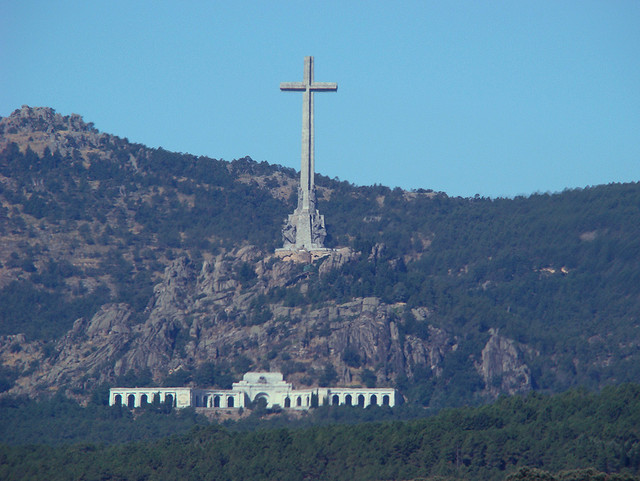 The Valley of the Fallen, Madrid 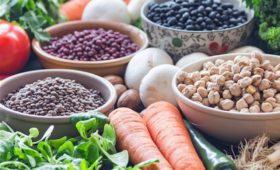