This coming Saturday October 25th comes the long awaited “el clásico”, facing Real Madrid and Barcelona in an authentic clash of the titans. Both teams have won all their previous games against tough opponents.

Real Madrid lead group B in the Europe Champions League after winning to Ludogorets. The architects of these victories are undoubtedly Cristiano Ronalo and Karim Benzema. Meanwhile, Barcelona F.C. lost against Paris Saint Germain, taking second place in Group F of the Champions League. After this major loss, the team recovered and won against Rayo Vallecano with several goals from Neymar – Messi duet. This unbeatable team promises to be a major obstacle to the Real Madrid winning this derby.

The match is schedule the 25th of October at 6:00 p.m., an ideal time for fans to come and cheer their teams at Santiago Bernabeu Stadium. Tickets as always in this cases were sale in advance, but some of them remain available, especially those in the VIP areas. Buy now your ticket for Real Madrid vs. Barcelona match. The prices of the tickets are between 300€ and 1,500€, but this is once in a lifetime experience.

The statistics declared Real Madrid CF as winner, with a total of 32 league wins against 22 of Barcelona F.C. Also, regarding the matches facing Real Madrid and Barcelona, the white team has a slight edge with 40% of the 227 matches, compared to 39% of Barcelona. If you look at the numbers of games won when Real Madrid plays in their field, the percentage rises to 61% for the “merengues” team.

The current champion of the Champions League, Real Madrid, faces Barcelona that did not win a title in the last season 2013-2014. The numbers from last season are more favorable for Barcelona, which won both games played in La Liga against Real Madrid (October 26th, 2013 Barcelona 2 – Real Madrid 1 in Camp Nou, and March 23rd, 2014 Real Madrid 3 – Barcelona 4 in Santiago Bernabeu Stadium). Although Real Madrid got its revenge in the final of the Copa del Rey beating Barcelona by two goals to one. 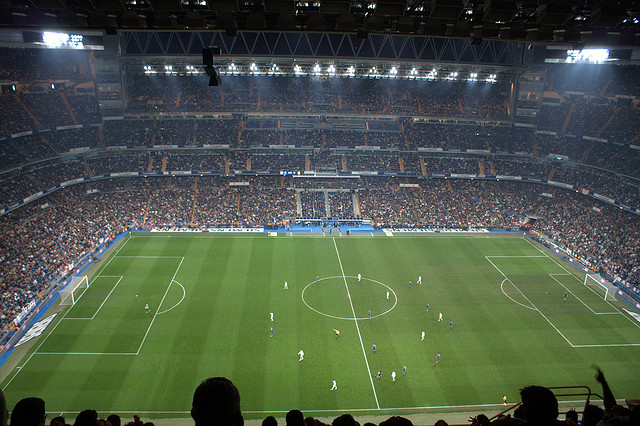