Thanks to Real Madrid tickets that you can buy from What to do in Madrid, you will be able to admire some of the best football players of today. Every year, this club has the highest budget that allows it to bring in and hire the big stars.  Gareth Bale among those, was able to pad his bank account with about 100 million euro just last summer.  Another such star, Cristiano Ronaldo also had fat pockets with a cool 96 million euro a mere five years ago.

is led by the Italian trainer Carlo Ancelotti. Ancelotti has won two Champions Leagues with AC Milan in 2003 and 2007. He has also trained top clubs in Europe such as Chelsea, Paris Saint Germain and Juventus. This year, he is in charge of winning La Liga, Copa del Rey and, especially, the 10th Champions League for Real Madrid.

Even if Carlo Ancelotti is the leader o the bench, the real leader on the field is Cristiano Ronaldo. This Portuguese forward is considered to be one of best football players of the world, along with Leo Messi. His best quality is strength, which gives him velocity and powerful shots with both legs.

This season, the Spanish club has another attraction, Gareth Bale. Playing in perfect combination with Cristiano Ronaldo, this Welsh player has twice won the Player of the Premier League. He is also powerful and has a strong shot with his left leg, helping the team  with playing in ball possession and in counterattack.  Because he is the main reason so many come to Santiago Bernabeu stadium to watch in action, he is considered to be a Real Madrid tickets seller.

A talented French player that knows how to score and assist his teammates, Karim Benzema is usually the third forward in the lineup. A calm focus that he’s able to attain throughout the game enables him to complete amazing movements inside the penalty area.

This season, the fans of Real Madrid have discovered a very nice surprise in Isco. This young Spanish player came from Malaga last summer and he has amazed the supporters from the beginning. This midfielder shows a great talent to touch the ball and give assists, reminding many people of a former great player of the club, Zinedine Zidane.

Helping to complete the roster of great football players for the Real Madrid team are these fine athletes: Iker Casillas is the captain and the goalkeeper who raised the Euro Cup twice and the World Cup once with the Spanish National team, although this year he is sharing his position with Diego López; Centre back Sergio Ramos is another World Cup’s champion, the same as Xabi Alonso, who is probably the best midfielder in long passes; Brazilian left back Marcelo also surprises because of his speed and his good passing, meanwhile Croatian Luka Modric stands out because he has a fierce shot and his great game vision. The future of the club is in the hands of young Álvaro Morata and Jesé Rodríguez, meanwhile the dirty work is made by players like Sami Khedira, Pepe and Álvaro Arbeloa.

All of these football players are enough of a reason to attend a match in Santiago Bernabeu stadium. Buying your Real Madrid tickets through our website, you will be able to enjoy an unforgettable experience in a VIP area, with all commodities and a clear view to the field. 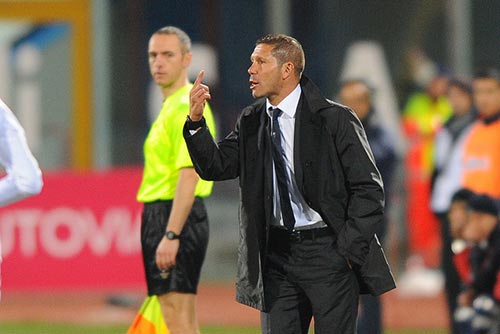