If you want to live a five stars experience, you can buy our Atletico de Madrid tickets. In fact, the Vicente Calderon is a five stars stadium, according to the valuation of the UEFA, the European federation. That means that this stadium has all the comfort and security that the 21th century requires.

The comfort fans can enjoy has to do with an easy access from downtown (Piramides and Marques de Vadillo Metro Stations, Line 5), as well as a clear sight of the match from every point of the stands. Premium spectators can book a VIP box, which offers special services such as catering, car parking and TV.

Another reason to say that attend to the Vicente Calderon is a five stars experience is its warm atmosphere in every match. The Atletico de Madrid supporters are loyal and spirited, and they never stop singing and applauding their team. Besides, the stands are most of the times full and very colourful, dyed with red and white stripes, the design of the club’s T-shirt.

But above all, the quality of Atletico de Madrid team is the main reason to attend to a match. This team has won many titles in the recent years (two Europe Leagues, two European Supercups and one King’s Cup) and is always in the top places of La Liga. Nowadays, the Argentinean trainer Diego Simeone is leading a project that count on relevant stars such as the world champion David Villa, the Brazilian Diego Costa and the Turkish Arda Turan.

Even if the Vicente Calderon is not as old as the neighbour Santiago Bernabeu, it has a long history. It was inaugurated in 1966 and that day more than 62.000 persons attended to the first match against Valencia. Today, the seating capacity of the stadium is almost 55.000 fans. The club is now building a new stadium in the surroundings of Madrid, so this is another reason to buy our Atletico de Madrid tickets: in 2016, the old Vicente Calderon won’t exist anymore.

Very important matches have taken place in this stadium, such as three of the 1982 FIFA’s World Cup. The Spanish National Team usually plays here too and many finals of the King’s Cup hold in the Atletico de Madrid’s house, the last one in 2008. This stadium is also used for concerts and big events too: years ago, the Rolling Stones and Bon Jovi have played here for more than 60.000 fans.

Nowadays, the main competitions of Spain and Europe can be seen in the Vicente Calderon: La Liga, the King’s Cup and the Spanish Supercup, as well as international championships, such as the Champions League and sometimes the Europe League.

That’s why the Vicente Calderon is one of the favourite stadiums for football lovers, no matter what team you support. The atmosphere is always great and the quality of the game is very high. So we can affirm clearly that buying one of our Atletico de Madrid tickets will take you to a five stars experience, a plan that you shouldn’t miss during your visit to the capital of Spain. 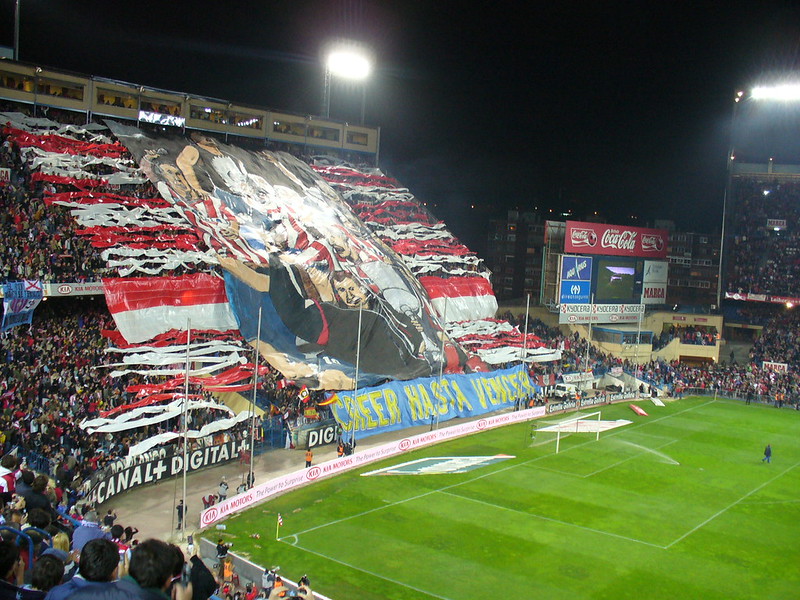